Phone Sex in the White House: Bill Clinton and Monica Lewinsky’s Affair Was A Threat To National Security

An exclusive report published by the Daily Mail describes how bill Clinton and Monica Lewinsky used to lurk around each other until their steamy phone sex got intercepted by the UK, Israel and Russia.

The relation between Clinton and Lewinsky began with a strong handshake and a furious and flirtatious eyelash battling by Lewinsky. They took little time to make the entire Oval Office their playground; the duo even didn’t hesitate to engage in dirty sex on the venerated President’s desk.

The Daily Mail report is accompanied by a series of photos, which reveal how the President and his secret partner used to pose up together shamelessly. Some of those photos also show how Lewinsky almost always used to be around the President.

This brazen affair changed the lives of both individuals and stories published in the book Crisis of Character suggest that the fallout from this sexual liaison actually never subsided. Crisis of Character has been authored by Garry J. Byrne, a former US Security Service Officer. 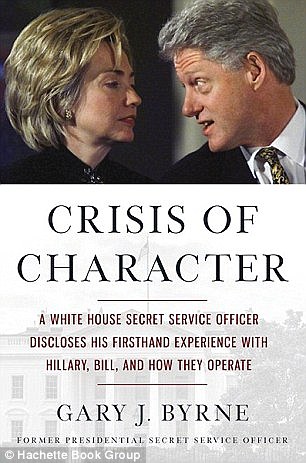 When the affair ended, Lewinsky instantly turned herself into a pariah. She led a secret life away from public eyes for years. Clinton, on the other hand, is still facing the consequences of the event. The incident is haunting him and his family quite intensely; this has become even more evident during his wife Hillary Clinton’s presidential campaign.

The raving phone sex between Bill and Monica was not just a secretive and shameless sexual romp taking place inside the White House; it turned out to be a serious threat to the country’s national security when Russia, Israel, and the UK managed to pick up the phone sex exchanges from microwaves off the top of the White House.

According to the author of Clinton Inc. Daniel Halper, Clinton agreed to release an American caught for spying on behalf of Israel after being subtly blackmailed by the then Israeli Prime Minister.

Clinton left no stone unturned to keep his encounters with Monica under wraps; however, the strong sexual overtone their relationship had didn’t allow the President to stop the affair from hitting the international scene. For the hot intern and Clinton, it was a relationship that had no fear or boundaries; their actions suggested that they were never worried about getting caught.

Lewinsky was a 22 year old young woman at the time, while Clinton was 51. Their phone conversations revealed that it was Monica who helped the President to realize how easy it is to get oral sex whenever he wants. She was once asked to come to the White House just for answering phones even during a government shutdown. This was probably the first time when people started talking about the President’s affinity towards the busty White House employee. It was, however, nothing new for the president as he was always known for having an eye for attractive, busty women.

In his book, Byrne writes that he and his colleagues often wondered how the President manages to get works done in his office and joked that Clinton would have had more successes if he ran a brothel. Lewinsky had been caught time and again by the Secret Service officers in the off-limit hallways of White House; and every time she had an excuse ready.

Lewinsky kept becoming braver with every passing day. She started acting as if she would never get caught or she doesn’t have the fear of getting caught. She was helped by a steward named Bayani Nelvis, who was more commonly known as Nel in the building’s West Wing. When traveling down the hallways in search of Clinton, Monica used to tell the security officers that she had come to meet Nel. She was warned several times by Nel, who believed that Monica was trying to traverse dangerous waters. However, all those warnings went in vain.

For Nel and other stewards, this was, however, nothing new. They had always been witnessing Clinton’s sexual encounters with other women behind Hillary’s back. Such events started taking place right from the time the President took office.