Did you know that Alexander Graham Bell was not the only person to develop a design for the first telephone?

Even though he was the first person to get a patent for the device, he had several competitors who worked as quickly as they could to develop their designs for prototype telephones.

Even though most people use the telephone every day, there is a lot that people don’t understand about it. To help you understand more about the history of telephones, we have created a guide. Keep reading, and we will tell you everything that you need to know.

The Telephone Was One of the World’s Most Important Inventions

Back in the 1870s, several different men raced against one another to develop a patent for the telephone.

Since Alexander Graham Bell was able to deliver the design for his prototype telephone before Elisha Gray and Antonio Meucci, people credit Bell as being the father of the telephone.

Alexander Graham Bell was born in 1847 in Scotland. He was fascinated by the science of sound from a very young age. This might have to do with the fact that several of his family members worked as speech therapists for the deaf.

The family moved to Canada in the 1870s, where they set up speech therapy practices to help deaf children.

Helen Keller was actually one of Alexander Graham Bell’s students. He worked with her when she was young and still did not know how to speak.

Bell spent a lot of time studying how sound worked. He also enjoyed solving problems, which is by he invented a device called a photophone. He also made improvements to the commercial telegraph.

Since he was so knowledgeable about the science of sound, he knew that it was possible to improve the telegraph, which was only able to send one message across a wire at the same time.

Bell’s goal was to simultaneously transmit various messages across the same line. With the financial support of his father, Alexander Graham Bell set out to invent this device, which he originally called the multiple telegraph.

Bell teamed up with an electrician named Thomas Watson to create the device.

After inventing the telephone, Alexander Graham Bell made the world’s first long-distance call, which occurred between Brantford and Paris in Ontario, Canada.

Alexander Graham Bell Faced Competition From Others to Invent the Telephone

The first person to create the prototype for the telephone was an Italian inventor named Antonio Meucci. But his prototype did not work as well as later versions of the telephone.

Many people also don’t realize that the word telephone existed long before the device was actually invented. It was used as far back as the 1820s by a man named Francois Sudre to describe a musical signaling machine that he created.

The Invention of the First Telephone Network

Shortly after Alexander Graham Bell invented the telephone, workers set up the first telephone line, which spanned from Boston to Somerville, Massachusetts.

After Bell started the Bell telephone company in 1877, the industry started to quickly expand. Bell bought out many smaller companies and eventually founded the American Telephone and Telegraph Co., which people now refer to as AT&T.

Since Alexander Graham Bell owned the telephone system’s patents, it was easy for him to create a network that operated across much of the United States.

William Gray of Hartford patented the first payphone back in 1889. Unlike contemporary payphones, users would need to pay after making a call.

There were already more than two million telephones in existence by the time the first payphone booths were installed in 1905.

The world had more than one hundred and seventy million payphones in 1980. But once people started using mobile phones, the number dropped to less than five hundred thousand.

People used to use payphones for dating, but it became a much easier thing for them to do once cell phones were more readily available.

The first mobile phone was called the DynaTAC 8000x. It would need to be charged for ten hours and would run out of batteries after less than a half hour of use.

The DynaTAC 8000x is one of the most fascinating old telephones in existence. It used the 1G network to make calls.

Even though the first mobile phone was bulky and difficult to use, mobile technology quickly improved. People quickly realized that they would use their mobile phones for dating.

It was called Simon and cost around nine hundred dollars. It had a screen that was eight inches wide, and IBM only manufactured two thousand of these phones.

The Fascinating History of Telephones

Most people don’t know about the fascinating history of telephones despite the fact that they use them every day. Alexander Graham Bell invented the telephone in the late nineteenth century, and the Motorola created the first mobile phone in 1983.

It has never been easier to use chatlines for dating. Are you ready to get started? If so, make sure to check out the top dating chatline numbers for singles. 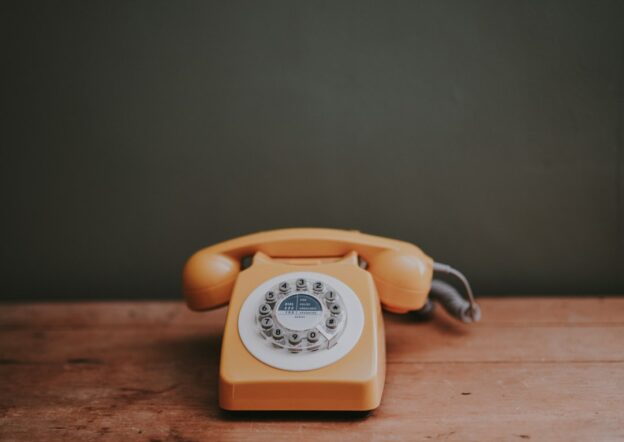 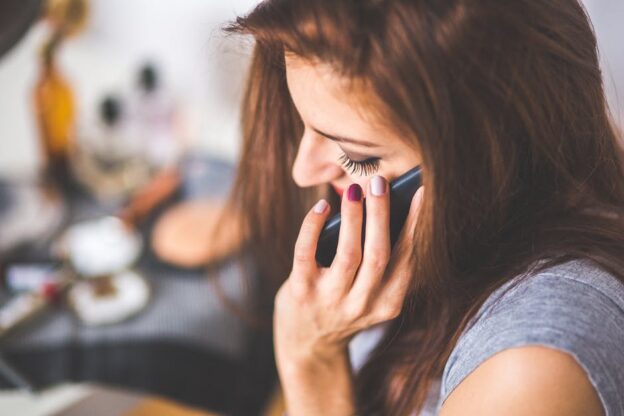 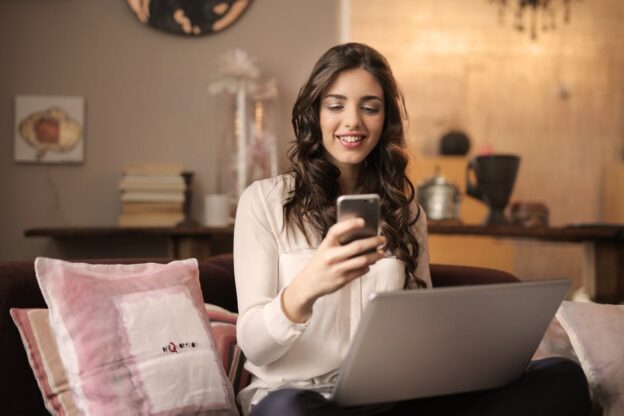 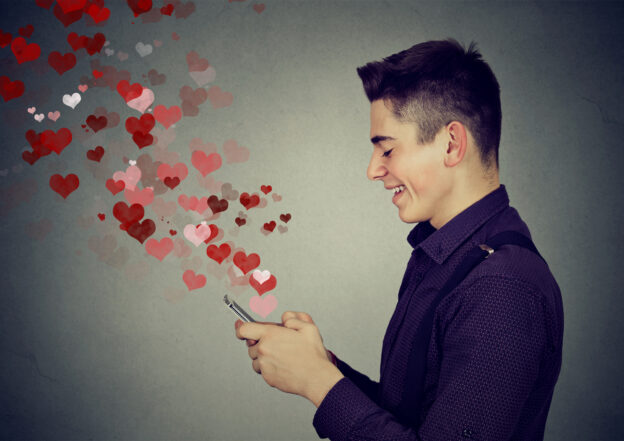 9 Fun and Flirty Pick Up Lines to Try Over the Phone
Attention! The comment section is moderated. For your protection, please refrain any personally identifiable information such as phone numbers and email addresses.